Genome Editing: scientists’ letter presented to the European Institutions and the Italian government 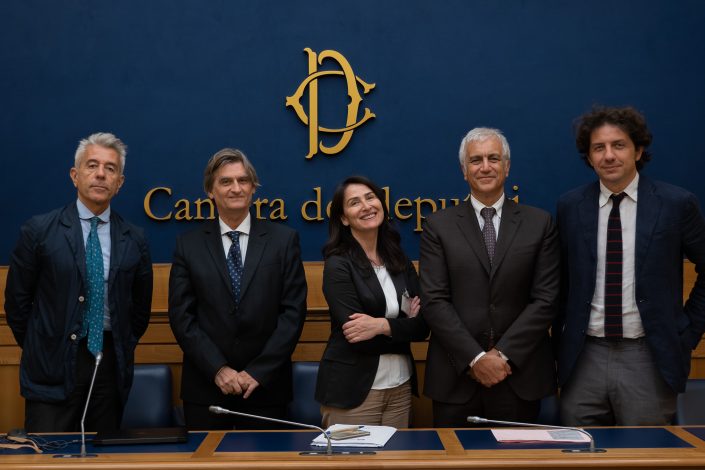 On July 25th, the Luca Coscioni Association, Federazione Italiana Scienze della Vita, Società Italiana Genetica Agraria, and Science for Democracy presented to the Italian Chamber of Deputies the open letter to the European institutions and the Italian government, one year after the decision of the European Court of Justice that considered the most recent mutagenesis techniques to be GMOs.

The letter follows a position paper coordinated by the Flemish Biotechnology Institute (VIB), thanks to which the European scientific community, in agreement and with one voice only, has asked and continues to ask for a structural rethinking of what was decided by the Court on new mutagenesis techniques (genome editing), applied to plants.

“The decision by the Luxembourg Court heavily undermines public research centres which will see plants with mutations similar to those happening spontaneously in nature labelled as GMOs” said Filomena Gallo, secretary-general of the Luca Coscioni Association “and will seriously penalise Italian agriculture, which could excel in sustainable production taking safe innovative instruments away – and perhaps consolidating the need to import from abroad GMO products like soja and corn, for the final production of many Made in Italy specialties.

Gennaro Ciliberto, president of the Italian Federation of life sciences, reminded how “the Italian and European scientific community once more ask institutions and citizens to appropriately modify legislation that appears outdated by the most recent knowledge”. The European GMO directive is from 2001, while one of the most promising genome editing technologies, also known as CRISPR, was registered in 2012.

“Genomic technologies including genome editing” reminded Enrico Pe’, president of the Italian Society for Agrarian Genetics, “are a great instrument, efficient, safe and cheap, and can give a substantial contribution to agricultural sustainability in the XXI century”. He was partly responding to an anti CRISPR statement by Slow Food, where science was accused of being overbearing.

Marco Cappato, coordinator of Science for Democracy, stated why the organisation is interested in these themes, underlying how “it is about allowing the greatest enjoyment of the benefits of the latest scientific discoveries – the so-called right to science – to allow citizens to improve their quality of life”. Besides directly sending out the open letter, Cappato also announced a future engagement “to unite under a European Citizens’ Initiative, launched by a network of young researchers, asking to exonerate CRISPR from the European Court of Justice’s decision by proposing an addendum to the 2001 directive. We deem it proper to join this scientists’ mobilisation also with the goal of involving public opinion with this new participatory democracy instrument available to European citizens”.

The XVI Congress of the Luca Coscioni Association, to be held in Bari October 3-6, will include, among other topics, a thematic debate on plant biotechnology.