Rule of law in Hungary: a European citizens action is needed? 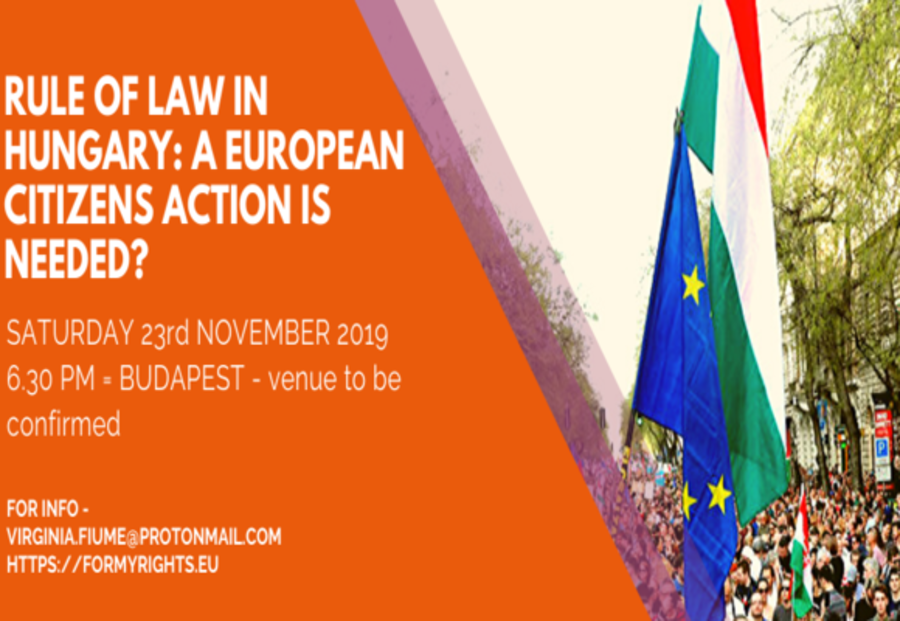 Rule of law in Hungary: a European citizens action is needed?

Saturday 23rd of November at 6.30 PM in Budapest, Hungary (Kávézó Mozsár, Nagymezo u. 21). A meeting with Marco Perduca, a Senator in Italy from 2008 to 2013, Coordinator of Science for Democracy.

The goal of the gathering is to share perspectives on the current state of the rule of law in Hungary and its dependencies in the geo-political framework of the European Union and to define together possible lines of actions around the need for stronger monitoring of the rule of law in the EU.

There will also be an opportunity to present the European Citizens Initiative for the respect of the rule of law in the European Union both as a direct democracy instrument to connect Hungarian citizens with other EU citizens, as well as an instrument that can be leveraged by the opposition movements to put their struggle in the perspective and under the attention of EU movements and institutions.