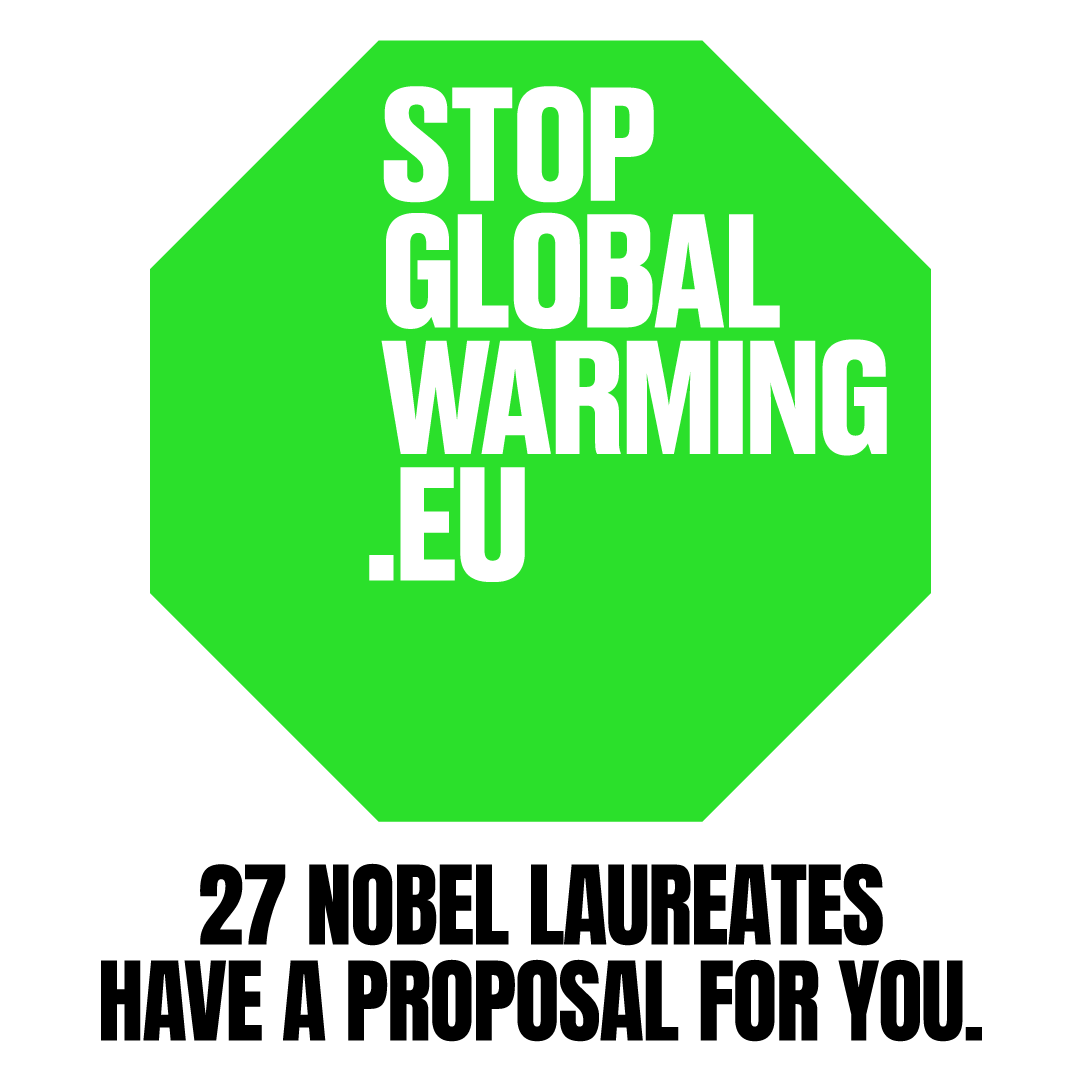 A price on carbon is the most effective and efficient way to cut greenhouse emissions according to 27 Nobel laureates, 5.000 social scientists and 11.000 natural scientists who have been saying so since a few years now. The revenue from carbon pricing must be used to cut labor taxes and to support a low-carbon future.

The proposal is put forward through an ECI – European Citizens Initiative – a participatory democracy instrument that allows citizens to shape the Europe they want, suggesting concrete legal changes. It’s much more than a petition. If the initiative gathers 1.000.000 signatures on www.StopGlobalWarming.eu, the ECI will be submitted to the EU Commission and debated in the European Parliament. No personal data are collected by StopGlobalWarming.eu.

The importance of a climate action today is recognized among public opinion.

StopGlobalWarming.eu logo is designed to be noticed, and it drives all the informations about the campaign a European citizen need to know to act.

Promoting the logo, through carefully crafted visual materials and social media challenges, transforms each supporter in an active medium.

Because thousand of billions of Euro will be spent for the European recovery and the EU is in the process of deciding the operational measures of the Green Deal. It’s a unique opportunity to choose the path of sustainable development. Oil prices are record low. Without a proper taxation, polluters will be advantaged against eco innovators.

• Signing and getting your community to sign on StopGlobalWarming.Eu

• Adopting the logo as your social profile pic;

• Organizing a seminar in your university;

• 11.000 scientists recommendation to raise the price on CO2 here

• “We can tackle Climate Change with a #PriceOnCarbon”: video

• Pricing Carbon: It’s About Our Economy & Our Future: video

Recommendations on Open Science for UNESCO