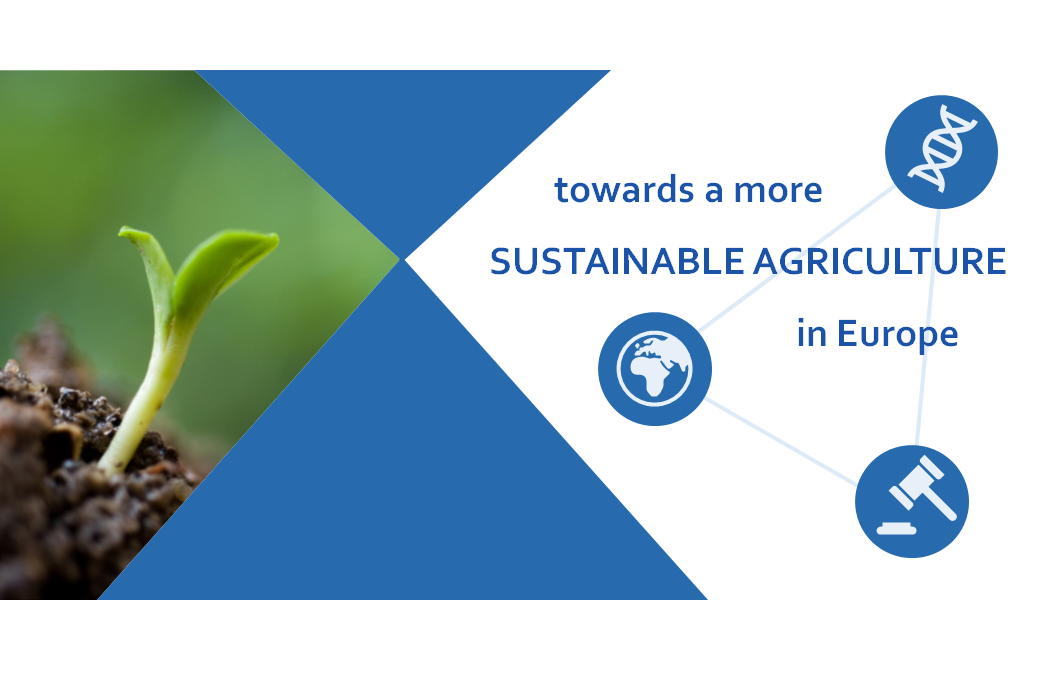 On behalf of the European Sustainable Agriculture through Genome Editing network (EU-SAGE)1 we call upon the European Commission to promote a proportionate, non-discriminatory approach to innovative plant breeding in the EC study on novel genomic techniques2.

Changing climate conditions, environmental degradation, urbanization and changing consumption patterns pose globally unprecedented challenges to sustainable food systems and biodiversity. Both the EU Green Deal and the Farm-to-Fork strategy fully recognize these challenges and position Europe as a frontrunner to become the first climate-neutral continent by 2050.

The EU-SAGE network, representing researchers from 133 leading European plant science institutes and learned societies, fully supports the ambitious 2050 EU goals and advocates that Europe needs to deploy all possible approaches, including innovative plant breeding, to address sustainability and biodiversity challenges and to deliver on the 2050 goals.

Genome editing is a knowledge-based plant breeding approach that unlocks natural solutions in the plant itself, contributing to reducing the current need to apply external inputs and rendering food production more eco friendly.

As of 2012, genome editing using CRISPR technology has been added to the plant breeders’ toolbox and has opened up significant opportunities for crop improvement. It is remarkable that already in 2020 the Nobel Prize in Chemistry was awarded to Prof. Dr. Emmanuelle Charpentier and Prof. Dr. Jennifer A. Doudna for the development of a genome editing method using CRISPR, highlighting its unprecedented potential and impact for society.

The naturally occurring CRISPR system was adapted as a breeding technology that enables the very precise, efficient, and cost-effective development and selection of new, improved varieties. It has for instance resulted in the generation of crop varieties that protect themselves against disease, thereby reducing the need to apply chemicals, an objective of the EU Farm-to-Fork strategy, while preserving their traditional characteristics and ensuring high food quality.

In November 2019, the European Council requested the European Commission to perform a study regarding the status of novel genomic techniques under Union law and to submit a proposal if appropriate, including an impact assessment.

The scientific community represented by EU-SAGE points to the need that the study will promote a proportionate, non-discriminatory regulatory status of genome-edited crops under Union law. It should lay the foundations for an internationally harmonized approach to the regulation of such crops.

We are of the opinion that genome-edited crops in which alterations have been introduced that can also occur spontaneously or result from conventional breeding activities, should not be subjected to the provisions of the EU GMO legislation (2001/18/EC)3, because this legislation de facto acts as a ban. As the French Minister of Agriculture, Julien Denormandie, recently said: ‘New breeding techniques are not GMOs’. A proportionate, non-discriminatory approach is necessary that fosters innovation and supports advanced plant breeding as part of the transition to an eco friendly and more sustainable food production system.

Around the world, countries are reviewing or have adopted more ‘fit-for purpose’ regulations for genome-edited crops as depicted in the world map below. As a result of enabling regulatory developments, several genome edited crops and their derived products are now entering the market in these countries and many more are under development cf. APHIS database4.

Taking into account the EU sustainability and biodiversity challenges and the international situation, where the regulatory framework of important trading partners allows for the development and marketing of genome edited crops, the ongoing EU study commissioned in 2019 should be accompanied by a ‘fit-for-purpose’ policy proposal to allow the development and market introduction of genome-edited crops in the EU.

Prof. Dr. Dirk Inzé
Coordinator of the EU-SAGE network
Scientific director of the VIB-UGent Center for Plant Systems Biology
Member of the Scientific Council of the ERC