Give Crispr a chance update 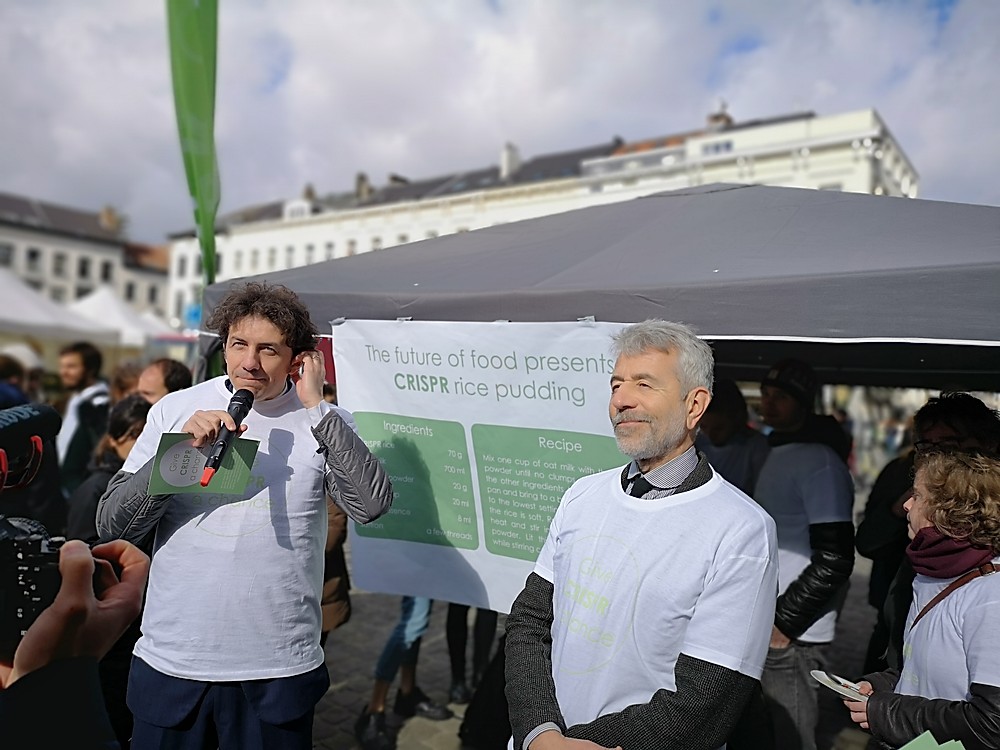 As you may remember, on March 5th, Science for Democracy held the Give Crispr a chance event. The Belgian Food Safety Agency confiscated the product and said they would take action.

Now the Belgian Food Safety Agency replied, confirming the fine (you can read their letter below). They basically repeat the same arguments, and accuse Science for Democracy of preventing the testing of the rice, whereas that is what they were asked to do!

In order to prevent such situations in the future, what we can do now is sign the European Citizens’ Initiative Grow Scientific Progress – if citizens make their voice heard the Institutions will listen!

Below you can find the text of the letter:

I confirm receipt of your letter of July 25th, 2019, containing your defence elements following the administrative fine of 500€ that I sent you on June 27th, 2019.

I took good note of your arguments.

I would first of all like to draw your attention to the fact that you have yourselves announced, notably on your Facebook page, that you were going to organise an action during which rice modified with the “CRISPR-Cas” method would be eaten.

It is then undeniable that you have presented, on several occasions (before and during the event), the distributed rice as being modified according to the “CRISPR-Cas” method.

The European Court of Justice, in its decision of July 25th, 2018, confirmed that organisms obtained by means of techniques/methods of mutagenesis, such as the CRISPR-Cas method, are genetically modified organisms.

It should be emphasized that the report at the origin of the fine only raised one infraction, namely the opposition to a control and confiscation by agents of AFSCA.

In this regard, the absence of technical analysis of the product, which was by the way made impossible in light of your opposition, has no incidence on the infraction to article 3, paragraph 7 of the royal decree of February 22, 2001, organizing the checks carried out by AFSCA, which remains established.

It seems furthermore appropriate to remind that in light of article 4 paragraph 3 of the February 4th, 2000 law relative to the creation of AFSCA, that AFSCA is responsible for “the control, the examination and the expertise of food products and their raw materials in all stages of the food chain, and this in the interest of public health.”

In addition, in its quality of authority, AFSCA needs to enforce the regulation in force and to contribute to the carrying out of court decisions.

In light of the above, I confirm my letter of June 27th, 2019, and as a consequence invite you to pay the amount of 500€ within 30 days of the reception of this letter.

If this does not happen, I will be forced to transmit your file to the Prosecutor of the King for criminal prosecution in light of article 7, first paragraph of the above-mentioned royal decree of February 22th, 2001.

The Commissioner for administrative fines