How the PRC is undermining academic freedom in Hong Kong 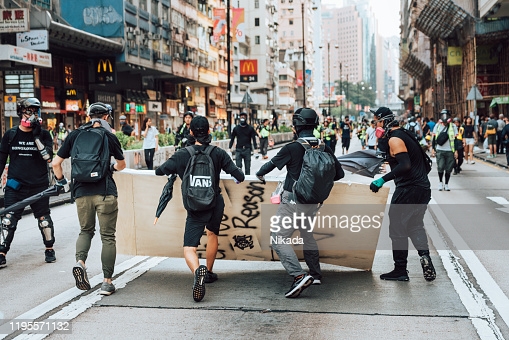 In Hong Kong, professors are getting curriculum suggestions from an unusual place: the police. Hong Kong’s recent National Security Law empowers the mainland backed government to “supervise and regulate” schools and universities for the “promotion of national security..[and] of the obligation to abide by the law.” This broad directive has changed the academic climate in Hong Kong overnight and led to a “chilling effect” of any ideas or material that may be deemed offensive or out-of-step with the Communist Party line.

The National Security Law poses an existential crisis to academic freedom in Hong Kong. While academic freedom is associated with the freedoms of opinion, thought and expression and rights to assembly and association as enshrined in the International Covenant on Civil and Political Rights (ICCPR) it also includes the rights of education and science as encompassed in articles 13 and 15(1)(b), (1)(c), (2), (3) and (4) of the International Covenant on Economic, Social and Cultural Rights (ICESCR). This presents an opportunity to test the applicability academic freedoms protection under the ICESCR as the People’s Republic of China, including Hong Kong, is currently going through its fourth periodic review of its obligations under the ICESCR.

In December 2020, Science for Democracy and the International Human Rights Center of Loyola Law School Los Angeles prepared a parallel report on how the National Security Law presents opportunities to violate academic freedom under articles 13 and 15 of the ICESCR. The report was submitted to the Committee on Economic Social and Cultural Rights (CESCR), the UN treaty body that facilitates State periodic reports of the ICESCR. It was discussed during the 68th Pre-Session Working Group, in March 2021, in which the Committee formulated its “List of Issues” (LOI) regarding China’s state report.

The LOI provides an outline for the areas of questioning the Committee is interested in following a State’s submission of its periodic report and indicates what issues will be discussed during the actual review session. We are thrilled and encouraged that the CESCR in its LOI for Hong Kong has fully adopted our report’s recommendations. Of the many pressing human rights issues in Hong Kong the CESCR has signaled its concern for the National Security Law’s impact on higher education.

The recommendations of our report seek to clarify the scope and limits to the powers conferred on the state to regulate education. It highlights the broad and ambiguous language of the Law as well as the inherent conflict of interests of state officials. For example, article 16 of the National Security Law, appoints the Hong Kong Chief Executive, Carrie Lam, as the head of the “Department of Safeguarding National Security.” Lam, who also serves as the Chancellor of Hong Kong University, is effectively granted the powers to set the standards by which academics can be removed from their positions and prosecuted for violating the Law while also interfering with University staffing decisions as the Chancellor. Far from hypothetical, these powers have already yielded perverse results in the firing and prosecution of Hong Kong University Prof. Benny Tai Yiu-ting for his role in the democracy protests.

Another area of the Law, the dreaded extra-territorial jurisdiction of article 38, expands the law’s scope to anyone anywhere in the world who aids or contributes to any act deemed a “subversion or secession” to Hong Kong’s national security. This in effect illegalizes even the most basic forms of communication and is a direct violation of article 15(4) of the ICESCR, which mandates states to “recognize the benefits to be derived from the encouragement and development of international contacts and co-operation in the scientific and cultural fields.” The unprecedented scope of the law as applied has already led to a decrease in cooperation, as academics in Hong Kong fear reprisal for any comments made by critics of the law they have spoken with. It erodes any notion of institutional autonomy from the state and serves to mandate what areas of academia and scientific research, at the university level, the state deems appropriate.

While the sweeping changes to Hong Kong’s independence and governance have been shocking in their speed and scope, we look forward to seeing how China will respond and justifies its actions in response to the LOI when it comes under review later this year.

When States ratify a human rights treaty they accept also the obligation to present periodically a report detailing what measures they have taken to discharge to give effect to that treaty. Science for Democracy together with Associazione Luca Coscioni, International Human Rights Clinic of the Loyola Law School, Los Angeles works regularly on the preparation of these reports. Find out more about the Shadow Reports presented in the past years in (Chile, China, Costa Rica, Estonia, Germany, Italy, Kazakhstan, Mexico e Slovakia) and how you can support the initiative.

The Shadow Report on the status of Academic Freedom in China had been presented by Pr. Cesare Romano and Justin Small during the webinar “Defending Academic Freedom” organised by Science for Democracy on March 9, 2021.