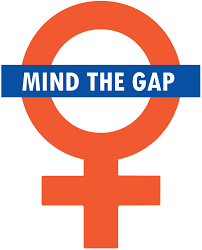 An article published on November 17 in Nature Communications entitled “The association between early career informal mentorship in academic collaborations and junior author performance” has recently sparked a fruitful online debate. After only two days this note appeared online:

Readers are alerted that this paper is subject to criticisms that are being considered by the editors. Those criticisms were targeted to the authors’ interpretation of their data that gender plays a role in the success of mentoring relationships between junior and senior researchers, in a way that undermines the role of female mentors and mentees. We are investigating the concerns raised and an editorial response will follow the resolution of these issues.

The editor’s note suggests that a bunch of hysterical feminists were not happy with the piece’s conclusion that “current diversity policies promoting female–female mentorships, as well-intended as they may be, could hinder the careers of women who remain in academia in unexpected ways”. But is this what happened?

The reaction of the scientific community on social media (in particular on Twitter) was quick and massive, from the first tweet by Dr. Joshua Miller to Prof. Daniel E. Weeks who took the time to check the available data and showed hints of a flawed data analysis. Many individuals and organizations addressed the outlet that published the piece on this matter.

But let’s be clear: an article should not be retracted on the basis that many people on social media don’t like its conclusions – science is not a democratic process and one does not get to vote whether a neutrino should go faster than light!

The problem here is that the authors of this work made “extraordinary claims” (i.e. “policy makers should reconsider their diversity policies that encourage female-female mentorship”) without the “extraordinary evidence”. There are many flaws in the design and execution of the research, raising concerns about the questionable editorial choices of Nature Communications (which in the past included clearly racist “research” built on blatantly unscientific grounds).

One cannot guarantee the “right to science” if the research that should guide social reforms and policies is wrongly designed and executed. In the era of fake news, we know too well how hard it is to correct the information once the word is out. Now the word is (was?) out that women mentors harm the scientific career of junior scientists.

It is still unclear what will happen of this paper but if it is not retracted it may end up cited in other works, and people might not care to read a rebuttal or the various reports that have been done to counter its conclusions. As it usually happens with controversial works, this paper might, in the end, help the authors raise their h-index (and the publisher their impact factor), in a game of metrics that in the end promotes sensational claims rather than good science.

We hope that the twitterstorm that the article triggered will instill some common sense in Nature Communications and that the criticisms developed will be swiftly taken into serious consideration.

If you are interested in a more detailed summary of the points considered most problematic by the author of this post you can continue reading here..