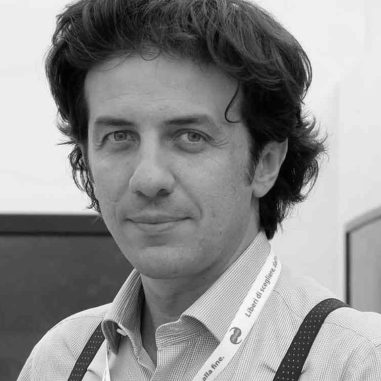 The fear of scientific and technologic progress is the main fuel of populisms, so much so that it becomes an inescapable question for any democracy. Fighting for the respect of the right “to enjoy the benefits of scientific progress and its applications” (art.15 of the International Covenant on Economic, Social and Cultural Rights) is the urgency of our times for politics aiming at being democratic and liberal.

At the end of the 1990s the problem seemed to be hostility towards globalisation, from which the “no global” movement started and the foundations for the souverainist wave were laid. The challenge for liberal democracies was to propose an alternative to globalism and nationalism: the globalisation of rights and democracy itself. The creation of the International Criminal Court in 1998 or the 2007 moratorium on capital punishment were examples of actions in this direction. Unfortunately, neither the United States nor the European Union were able face this challenge, and today – without a strengthening of rules and with international institutions lacking – we risk going back even in the field of economics, towards new protectionisms.

At the beginning of March the UN will approve a “General Comment” interpreting the human right to science, which includes the freedom for scientists to conduct research and the right for citizens to enjoy its benefits. It is not a new right, but rather the concrete enforcement of decisions taken by the UN half a century ago that have remained dead letter ever since. Once this text is approved, States all over the world will be forced to report back on their politics in the fields of science and technology. There will thus be a chance to discuss in Geneva – as currently happens for classic human rights – about free creation and circulation of scientific knowledge and equality in the access to the technological results of research itself.

If science has for the past few centuries been crucial for civilian, cultural, democratic and economic development, today it is decisive also for human evolution, if we think about technologies such as genome editing or those that go by the name of “artificial intelligence”. In both cases, it is not about technologies that are “only” apt to influence our life, but that can also modify our very nature and determine the future of our species in a way that was never possible before.

It is very clear that in front of changes of this magnitude, the old theme of equality, which has always interested politics, today is presented in new, more dramatic and urgent, versions. To stay “behind”, genetically or in terms of access to increasingly pervasive information, does not “only” mean to have a lower standard of living, but can even become a downgrade into a lower and inferior species, not able to share the same social relationships as before. It would be the end of the democratic and liberal ideal of equality between all citizens at least in terms of the starting point, and the negation of the premises of the rule of law.
Such scenarios are not imaginative dystopias; we must take the instinctive fears of the population less equipped to face this change seriously.

It is useless to be technophobes or techno enthusiasts, optimists or pessimists. We need to act.

The Sixth World Congress for Freedom of Scientific Research will take place at the African Union headquarters in Addis Ababa, Ethiopia, on February 25 and 26, and is organised by the African Union together with Associazione Luca Coscioni and Science for Democracy. There will be discussions with Nobel Prize winners, scientists, academics and governmental and institutional representatives from all over the world – and in particular Africa – about how the continent that will be at the centre of the residual demographic and economic growth will be ready for the enforcement of the human right to science.

It is particularly the responsibility of the “western” ruling classes to abandon any welfarist approach or, worse, any depiction of the African continent solely as an immigration policy threat. It is in Africa that the possibility to make the poorest regions of the world enjoy the benefits of scientific progress is most real, whether in regions stricken by climate-related droughts or in the outskirts of the world’s megalopolis.

The UN General Comment on the human right to science and the process we are starting in Addis Ababa together with the African Union represent a new chance – after the missed opportunity in the 1990s – for the globalisation of individual freedoms and rights, by joining the process that more than any other will have consequences for our life and our future.

Instead of trying to comfort people invoking a past that will not be back, it is the role of liberal democracies to invest resources, rules and politics so that knowledge and technology are spread through criteria of equity and fairness. If we don’t do it, the question will increasingly be in the hands of authoritarian and dictatorial powers, who know how to be quicker and more efficient in taking advantage of progress, to the detriment of important segments of the population who are cut out of it.
The challenge is to keep science, democracy and human rights united; we need to take action now.