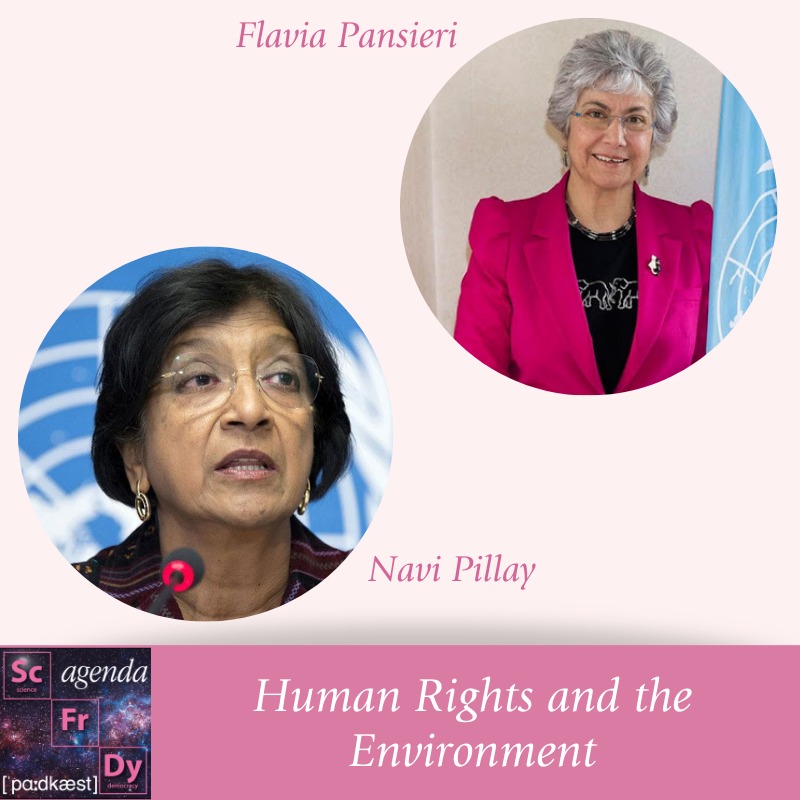 With Navi Pillay and Flavia Pansieri, Marco Cappato and Marco Perduca address the human rights implications of global warming and which mechanisms and remedies can be promoted to redress violations of existing obligations and expand the reach of treaties and convention to include the Ecosystem.

Navi Pillay served as the United Nations High Commissioner for Human Rights, she was also a judge of the High Court of South Africa and the International Criminal Court and President of the International Criminal Tribunal for Rwanda. Flavia Pansieri was the UN Deputy High Commissioner for Human Rights at the level of Assistant Secretary-General, before that she was involved in several UN agencies and in activities.

Agenda Podcast International is distributed on Spotify, Spreaker, and Google Play. Follow us so that you don’t miss any episode.